Multimedia Director & past VP, she looks forward to the unique challenges

facing Keys to Peace in the next year.

Marlene is a long time graphic-artist and programmer, dedicated to making this nonprofit the best one she has worked with (and this is the third one in the last 15 years…)

As of 2018, Marlene has resigned her position as President and Multimedia Director to be caretaker of her husband, Jim, whose lung cancer has returned for the third time and who just had a fall and broke his hip in three places, an operation, including a rod connecting the hip to his right femur, and lots of rehab. Go Jim!

“As the new blood of in Keys to Peace, I will bring new energy and more ideas to refresh our group.”

Saya is a business-minded, hard working young mother who is looking for new challenges in her life. She was born in China but hopes to be an American citizen soon.

Saya is in China currently marrying her husband Thor again even though they were both married in the states; she—and he—wanted to be married in her hometown and that is now a reality. In order to do this, Saya has resigned as Vice President.

He is willing and able to provide leadership in the financial life of the organization.

Don is a veteran volunteer with businesses such as Mariner’s Hospital to his credit. He has been a treasurer before with other nonprofits and hopes to use that experience to help him this time around.

After two members of Don’s family became gravely ill and needed constant attention, Don is now required to leave his beloved Florida Keys. He has resigned his position as Treasurer and we all wish him—and his family members—well.

Lou is a recent transplant from Austin, TX who has a passion for spreading peace and love to all she meets.

As a former behavior therapist and current sports liaison for the Upper Keys Special Olympics, Lou believes in empowering individuals and unifying the community. She hopes to inspire others to stand up for what they believe in.

Prior Treasurer, Event Coordinator and current Bookkeeper, she anticipates using her organizational skills to ensure successful events in the coming year.

Nancy is the accountant for various businesses in town and has a vast amount of experience in her field. Keys to Peace is fortunate, indeed, to have her as their Bookkeeper and now as Director of Logistics.

Terry has been a long-time supporter and volunteer. She would summer in New Jersey and finally bought a home in Tavernier last year.

Her and her husband, Jon, love the Florida Keys and she’s ready to go to work full-time for Keys to Peace! 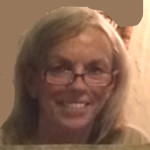 Marlene continues in her position as Vice President and uses her extensive background with computers to maintain the website, social media and create emails for the membership. 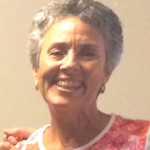 Board Member at Large – Business Memberships

Denise is one of the founders of Keys to Peace, with extensive contacts in the area. She, in the words of one mutual friend, “just knows everyone.” This knowledge will be invaluable as she performs her duties as board member. 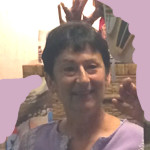 Former Treasurer and current Bookkeeper, Nancy has a ton of experience with all our seasonal events having managed Woofstock for the 2013 and 2014 and Art Under the Oaks in 2014. She has been a dedicated volunteer with Keys to Peace since 2009 and we’re blessed to have her on our team. 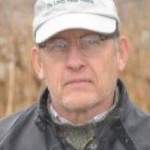 President Ron Zaleski started the nonprofit thelongwalkhome.org in 2006 and has walked the Appalachian Trail and across America barefoot to create awareness for PTSD and get mandatory counseling for all military personnel prior to discharge. He continues to work along these lines to help those that have fallen through the cracks. His home base has been the Keys since 2007 and he looks forward to being part of the difference that the Keys to Peace is. 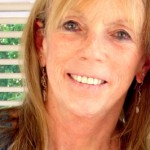 Vice President Marlene DeTienne (shown, at right) has worked in nonprofits for over 10 years and brings that knowledge as well as web page creation and graphic arts to her new position. She’s lived in Key Largo since November 2010 and loves the paradise that is the Florida Keys. 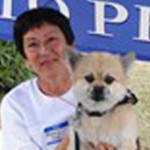 Treasurer Nancy E Joe has a B.S. in Business management and has worked with accounting software programs for 20 years. She has always enjoyed volunteer work with both people and animals. She moved to Florida in 2000 from California and to the Keys in 2003. 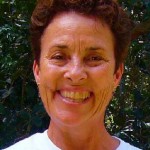 At-Large (Membership): Denise Downing (at right) served as the first President of Keys To Peace when it was incorporated in 2008. Her main goals for this term are to increase membership and inspire others to take on leadership roles in the organization. 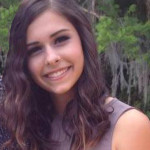 Carla was a member of Coral Shores High School’s “Be The Change” group and was active in Peace Jam and other activities with the school. She was appointed to the board as secretary after our annual Beach BBQ in September 2013.